In less than 48 hours, Disney’s bi-annual D23 Expo will commence! One of the highlights of this year's expo will be learning more about the brand new Disney+ streaming service, set to launch this November. The service will feature content from Disney, Star Wars, Marvel, The Simpsons, National Geographic, and more. Here's what we think we can expect to learn about Disney+ at D23 Expo!

In less than 48 hours, Disney’s bi-annual D23 Expo will commence! One of the highlights of this year’s expo will be learning more about the brand new Disney+ streaming service, set to launch this November. The service will feature content from Disney, Star Wars, Marvel, The Simpsons, National Geographic, and more. Here’s what we think we can expect to learn about Disney+ at D23 Expo!

Confirmed to be Present

On Friday August 23, Disney will host a special showcase of Disney+ exclusively for D23 Expo attendees. They’ve already revealed we’ll be getting sneak peeks of the new live action Lady and the Tramp remake, High School Musical: The Series, and the highly-anticipated Star Wars series, The Mandalorian.

All these projects are set to be released at the launch of Disney+ on November 12, so we can probably expect the rest of the focus of this panel to be on projects set to come out along with them on or shortly after the first day. Docuseries Encore!, Marvel’s Hero Project, and The World According to Jeff Goldblum will all be available on November 12. So will The Imagineering Story and Disneynature’s Dolphin Reef.

In addition to this we know that Toy Story-based short Forky Asks a Question, young adult book-to-film adaptation Stargirl, and The Phineas and Ferb Movie: Candace Against the Universe are all getting panels of their own (in addition to some of the aforementioned programming) so we’re sure to get some more information on these projects as well!

While lots of Disney+ programming has already been confirmed to be showcased at D23, there is some other content that is a bit further down the line but is so highly-anticipated that we may get a couple nuggets of information to tide us over on them.

While we’re definitely getting some Mandalorian news this weekend, many fans are wondering about the other upcoming Star Wars series. The untitled Cassian Andor series isn’t set to launch until Year 2 of the service’s release, and if the rumors of an Obi-Wan Kenobi series are true, it will most likely be even further out. However, Disney and Lucasfilm know fans are hungry for news on these projects, and we wouldn’t be surprised by a confirmation of characters for either series (imagine Ewan McGregor walking out in a surprise appearance at the Disney+ panel!).

We’re also a year out from any of the Marvel Cinematic Universe-connected series to hit Disney+, but since these are also highly-anticipated projects and a couple of them are set to begin filming within the next couple of months (WandaVision in September and The Falcon and The Winter Soldier in October) it wouldn’t be surprising to see some sort of tease for those. There is no footage of any of these series yet and we just heard some vague plot details about them last month at San Diego Comic-Con, but we could see a bit of concept art…and maybe even a certain new star-spangled hero’s costume?

This is probably more of a long-shot, but Disney may use the D23 Expo to share some details about Disney+ projects that are in the developmental phase right now. The recently announced reboots of Night at the Museum, Diary of a Wimpy Kid, The Sandlot, Mighty Ducks, and more.

What Disney+ news are YOU hoping gets announced at D23 this weekend? 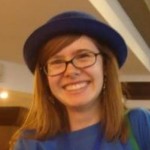 May the Fourth: Disney Parks Prepare for Star Wars Day

May the Fourth: Disney Parks Prepare for Star Wars Day