Over the last few years, Disney continues to produce successful live-action adaptations of their beloved animated films and characters, and with announcements of live-action shows and films premiering soon with the Disney+ streaming service, fans will definitely be able to stream live-action adaptions exclusive to Disney+!

It was previously reported that Disney+ was preparing for a live-action film (tentatively titled) Godmothered, exclusive to the streaming service, and would be centered around the Fairy Godmother from Cinderella, Sharon Maguire (Bridget Jones franchise) will helm the project.

Now we have exclusively learned that Producer Justin Springer (Dumbo, TRON: Legacy) will produce the project. Writers Kari Granlund (Lady and The Tramp) and Melissa Stack (The Other Woman) have also jumped on the project.

We have also learned some story and production details which you can check out below.

The film is set in a ‘gothic, mystical, magical world of fairy godmothers in a parallel universe’ and focuses on a young fairy godmother trying to help a single working mother find her “happily ever after”! Filming is expected to begin in October-March in Boston.

It’s still unknown if this film will center on the Helen Bonham Carter Fairy Godmother from Disney’s 2015 live-action Cinderella, or if it’s a new character altogether.

According to Disney, these are are the list of devices that will indeed support Disney+:

Disney+ will feature popular movies and series from Disney, Pixar, Marvel, Star Wars and National Geographic, along with an impressive slate of brand new original content.

Along with Disney+, Hulu and ESPN will be offered as a bundle for streamers. The bundle will include Disney+; Hulu’s basic on-demand plan (not including Hulu’s live TV add-on); and the sports streaming service, called ESPN+. Disney announced this week that the price of the bundle will be $12.99 a month. 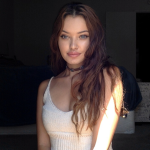 SEE IT: Halle Bailey In The Recording Booth For ‘The Little Mermaid’

Disney+ ‘The Spiderwick Chronicles’ to Begin Filming in September

SEE IT: Halle Bailey In The Recording Booth For ‘The Little Mermaid’