Off the heels of two awards heavyweights in Ford V Ferrari and Little Women, Deadline is reporting that James Mangold and Timothee Chalamet are closing deals to direct and star in the film respectively. Bob Dylan is actively working with Searchlight and Mangold on the film.

Read: Trent Reznor and Atticus Ross Depart ‘The Woman in the Window,’ Danny Elfman Signs On To Score

The film would take place at a crucial point in Dylan’s musical career where a shift in his career was happening. On the precipice of becoming a folk music icon, he traded that in to try his hand at Rock N Roll.

Mangold has a great history with tackling iconic musicians with his fantastic Johnny Cash biopic in Walk the Line which was with 20th Century Fox. His pedigree with the genre is there and he gets fantastic performances out his leads with Christian Bale and Hugh Jackman being recent examples.

Timothee Chalamet much like Mangold is in the midst of Awards Season with his supporting role in Great Gerwig’s Little Women. He’s been choosing very interesting work such as Dune and French Dispatch. This role won’t be a traditional biopic it’s at a certain point in time in Dylan’s life which was crucial to his career.

The report doesn’t state exactly if Timothee will be singing in this film much as Tarron Edgerton did in this past year’s Rocketman. But if there’s one thing you can say about Timothee Chalamet he picks very distinct work and dives straight into so whether he does the actual singing he will do his all do become Dylan 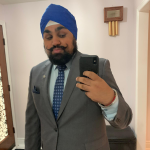 ‘Avatar: The Way of Water’ Officially Crosses $2 Billion At The Box Office

‘The Boogeyman’: Stephen King Adaptation To Get Theatrical Release After Scary Test Screenings

Disney Nabs The Most Oscar Nominations Of Any Other Studio