Streaming is changing the way we consume entertainment every day, and Disney has entered the fold in the last two years. With hits like The Mandalorian, WandaVision, and The Falcon and The Winter Soldier, it’s clear that Disney+ isn’t going anywhere. But how did we go from cable television’s having a hold over the entertainment industry a mere decade ago, to streaming services pulling off a full-fledged takeover? Let’s press play, and I’ll take you through exactly how it happened.

In 1997, Netflix was founded as a video rental and distribution company in Scotts Valley, California. Initially, the company was just a service that mailed rental movies to your home. Today, after revolutionizing the entertainment industry, scoring 15 Academy Awards and 208 million paid subscribers, Netflix is the largest streaming giant in the world. With competitors such as Disney+, Hulu, HBO Max, and Amazon Prime Video all flourishing in recent years, streaming has solidified itself as the future of the entertainment industry. However, in order to fast-forward into the future, we must first rewind into the past.

Let’s rewind back to the year Netflix was founded. DVDs were a brand new technology. Amazon was a three-year-old online bookstore that had just gone public in the stock market. Google wouldn’t exist for another year and Facebook for another seven. If you were a moviegoer, you were probably looking forward to Steven Spielberg’s Jurassic Park sequel, a new Will Smith alien adventure called Men in Black, or a little historical drama called Titanic. The movie theater industry was at an all-time high, as Titanic would become the first film to gross a billion dollars, doing so in just 74 days.

The age of blockbusters had arrived, and it was thriving — so much that ten years later, Netflix would offer customers the option to stream its titles directly to their homes through the internet. In 2013, the company released its first original series, House of Cards. Throughout the 2010s, while the movie theater industry continued to press on with Disney blockbusters such as Avengers: Endgame and Star Wars: The Force Awakens, streaming services began to creep into the field of play to threaten the industry’s livelihood.

Then, in 2020, the unthinkable happened. The world was forced inside while the COVID-19 pandemic tore through every country. Movie theaters worldwide were closed indefinitely, and streaming became the only viable option for filmed entertainment. For years, the streaming industry had been poised for a takeover, and take over it did.

Disney+ had just launched in the United States, combining titles from Disney, Pixar, Marvel Studios, Star Wars, and National Geographic in November 2019. Due to its coincidental release date directly before the pandemic, Disney+ is a living example of streaming’s accelerated growth during the health crisis. In Q1 of 2020, Disney+ reported 26.5 million subscribers. Just a little over a year later, the service reported it had nearly quadrupled its subscriber count by crossing 100 million subscribers — a benchmark Disney didn’t expect to cross until 2024.

With the entertainment industry clearly changing so rapidly, I wanted to get a feel for how the general public was responding. Are they subscribing to each new streaming service? Has the pandemic changed the way they engage with streaming services? Are there generational trends amongst Baby Boomers, Gen Xers, Millennials, and Gen Zers? Are any people abandoning cable television and movie theaters entirely? These are the questions I sought to answer.

I conducted a survey and plugged it on all social media, hoping for between 50-100 responses. The topic struck many as interesting, and the survey ended up receiving a shocking 620 responses. Out of all 620 respondents, only eight claimed to use streaming services less than they did before the pandemic. That leaves a landslide majority of 98.7% of respondents who claim to use streaming services as much as or more than they did before the pandemic. I sat down with Observer’s senior entertainment reporter Brandon Katz to discuss the monumental shift in the entertainment industry.

Katz said it plainly and accurately: streaming is number one. However, the streaming wars are just beginning, and some services are proving to be winning the race. Disney+, Hulu, and Amazon Prime Video are three of the most popular, with each having over 63% of respondents claiming to subscribe. WarnerMedia’s HBO Max had a disappointing launch in May 2020, but still 40% of survey participants claim to subscribe today. Netflix, though, is the clear king, with a whopping 581 respondents claiming to subscribe. That amounts to a massive 93.7%.

That’s five services that seem to be leading the pack, but what about the rest? To many, it feels like a new streaming service is released every few months these days, as entertainment corporations rush to join the new age and compete with Netflix. It’s impractical to expect each service to grow as quickly as Disney+ has in its first year, and some services are already on the brink of collapse. Quibi, for example, was a smartphone-only service propelled by a massive $1.75 billion campaign. Its life span was short, launching on April 6, 2020, and shutting down less than eight months later on December 1. Other services may be headed toward a similar fate. Less than 15% surveyed claimed to subscribe to Paramount+ or Peacock. While these are newer services, they show little promise, as Peacock has been around longer than its successful counterpart HBO Max. Katz talked about the viability of some of the industry’s less-popular services.

“I don’t think anyone believes that all of them survive. In basic economics, historically, for any industry, three market powers can dominate with niche innovations existing around them. I think we’ll probably see somewhere between three and five major SVOD services and a small handful of niche services, like Discovery+, Shutter, or Crunchyroll.”

Even though some services will inevitably fade, the streaming industry is poised to continue its domination. Yet, this may spell irreversible changes for the entertainment industry as a whole. In 1998, media theorist Neil Postman wrote a cautionary tale in Five Things We Need to Know About Technological Change, and his fourth point warned that technological innovations are not additive, but ecological.

Historically speaking, streaming services are extremely young. It hasn’t even been a decade since House of Cards marked the first streaming-only title. Because of the sheer recency of these innovations, we can’t be certain how the rest of the entertainment industry will react. Postman would likely argue that the success of the streaming age could not occur without failures (or changes) elsewhere within the industry.

Although it’s yet to be seen if Postman’s theory will prove true, while streaming services skyrocket, certain other mediums seem to be declining. For instance, Warner Brothers is releasing its entire 2021 film slate in theaters and on HBO Max simultaneously, a move that’s sure to leave many movie theaters severely lacking in box office profits. Nevertheless, we can’t fast-forward into the future without looking to the consumers of the future.

My hypothesis was simple: technological innovations tend to favor the younger generations, with social media apps such as Instagram and TikTok exploding amongst Gen Z. Older generations, however, I hypothesized, are more likely to resort to older outlets, with social media apps such as Facebook showing far more popularity amongst Baby Boomers and Gen X. I presumed the same could be applied to the way each generation engages with entertainment media.

I separated each survey respondent into age groups, with a heavy focus on the 18-24, 40-59, and 60+ groups. The results were as expected: while 63% of respondents within the 40-59 and 60+ age groups claimed to still have cable television, only 40% of respondents aged 18-24 claimed to have it. Even though there’s only a 16-year age gap between the groups, the 23% difference could have huge implications on the future of the entertainment industry.

Of all respondents who claim to still have cable television, over half claimed they primarily use it for live sports or news programs. These results suggest that if streaming services can find a way to incorporate live sports and news programs into their content, it could signify the death of cable television. They’ve already begun, too, with shows such as HBO Max’s news program Last Week Tonight with John Oliver, and Hulu’s premiere-level subscription including live NFL, NBA, MLB, NCAA, and NHL games.

For decades, we’ve consumed entertainment the same way. Want to see a new movie? Head over to your local theater and check their listings. Want to watch some television? Just flip through your cable television channel guide to see everything that’s on. While it may be difficult to imagine a reality without these two outlets, we may be closer to that reality than many realize.

What will the world of entertainment look like in 50 years? What about 20? Ten? It may seem distant or dystopian, but it’s plausible that movie theaters and cable television as we know them will be things of the past.

Without movie theaters, chains such as AMC Theatres would crumble. The communal feeling of enjoying a blockbuster on opening night would be traded for solitary at-home viewing. Without cable television, consumers would need to subscribe to each individual streaming service to have content. They’d be unable to watch their favorite shows and movies without functioning WiFi, and whether it’s a laptop, Roku, or PlayStation, they would need a device separate from their television to stream from. There’s no guarantee that this future is on the way, but the entertainment industry is changing, and it will never be the same.

Although we’re still in the early stages of the streaming takeover, its impact is being felt tremendously throughout the industry, and the pandemic has only accelerated what we could already foresee. Whether or not mediums such as movie theaters and cable television survive is anyone’s guess, but as we venture into uncharted waters, one thing is certain: streaming is number one. 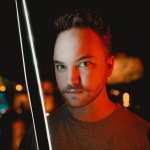