The Solar Opposites are back, baby!

That’s right, everyone’s favorite Shlorpians are back, bringing with them more wacky and violent hijinks, a whole lot of Puffs, and so many Hulu plugs that I just had to renew my subscription thanks to their amazing marketing!

Season 3 of the animated sci-fi comedy finds the titular alien family (yes, their surname is actually Opposites) adjusting from a temporary life on Earth to a permanent one, as they try and find their place among these stupid and confusing humans.

Episode one introduces the overarching familial theme of this season, when the Solar Opposites discover that in order to move forward, they must each place the life of the family ahead of their own individual wants.

Terry and Korvo’s relationship has evolved over the seasons, and now resembles more of a loving and intimate partnership, rather than bickering co-parents.

Korvo (Justin Roiland) in seasons past was the Type-A team leader who tries to maintain order amongst the chaos, but this season he lets loose, and viewers get to see his transition from steadfast to insecure and maybe even a little jealous, when Terry is involved.

Terry (Thomas Middleditch), on the other hand, is still the same fun-loving, graphic tee wearing Shlorpian that we’ve known since season one. His child-like demeanor, which is thoroughly explored in episode 5, is retained even when he encounters humans being two-faced, something he thought only happened on television.

Yes, Terry and Korvo are still wildly different from each other, but at the end of the day, they will always choose each other and the life they’ve created with their replicants over anything else. #Tervo forever.

Yumyulack (Sean Giambrone) and Jesse (Mary Mack) have joint adventures this season, and here we see the classic older brother/younger sister banter. Yumyulack in seasons past has been the proverbial devil on Jesse’s shoulder, enticing her to embrace her dark side and destroy all humans. But in this season, we do see the balance in their relationship, and how Jesse’s warm-hearted and optimistic nature have made “Yummers” softer and more levelheaded.

The Pupa retains his toddler-like facade while being a master of the long con, but does undergo a journey of his own on this season of self-exploration. From toddler to teenager and everything in between, the cornflower blue creature reveals more of his love and affinity for the Solar Opposites, even when they treat him as their pet.

The Shlorpians might be Solar Opposites main focus, but ‘The Wall’ is where this show shines. This hamster cage-like terrarium that Yumyulack created to house people who have annoyed him has seen revolutions, civil war, and serial killers. We left off last season with Cherie (Christina Hendricks) returning to ‘The Wall’ with baby Pezly in tow to unseat Tim from power and expose the truth about the hole in the wall. This season sees her teaming up with Halk (Sterling K. Brown) and ‘The Wall’ facing new challenges the likes of which will have repercussions for seasons to come.

As the brainchild of Justin Roiland and Mike McMahan, Solar Opposites has been compared to Rick & Morty both of its existing seasons. While I hesitate to once again contrast the two, I think it needs to be stated that Solar Opposites is good enough in its own right that it no longer needs to ride on Rick & Morty’s coattails to attract an audience, and in this viewer’s opinion, never needed to in the first place.

The first two seasons of Solar Opposites set up the Shlorpians and their struggles on Earth, but didn’t quite know how to tell this story outside of ‘The Wall’. This season, the show finds its groove – funky, meta, and bursting with fourth wall breaks and in-your-face references – which sounds exhausting but somehow works. Solar Opposites embraces its quirky nature and runs with it. You’ll find that the show is at its best when it’s poking fun at itself or one of its parent companies.

While the Solar Opposites as characters may not be on an upward trajectory themselves, the show itself is only aiming higher, and hitting the mark. If you liked seasons one and two, you’ll love season three. It’s funnier, more violent, and thought-provoking, all in a beautiful alien package that will leave you clamoring for the already-confirmed season four.

All eleven episodes of Solar Opposites season 3 will premiere on Hulu on July 13. 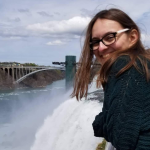 ‘The Princess’ Review: An Action Movie Belonging in a Different Era

‘Solar Opposites’ Season 3 Review: The Family That Slays Together, Stays Together