Andor season one was in production for almost three years with COVID happening, to the point where I didn’t even believe the show would ever come to screens. Now, here we are after the first season has concluded, and this show was phenomenal. It exceeds every expectation I had a viewer going into it. The show is in the top tier, if not the number one IP-based show Disney+ has put out.

Taking place five years before Rogue One: A Star Wars Story, Andor covers the beginning of one of the main characters, Cassian Andor (Diego Luna). Surrounded by supporting characters in Senator Mon Mothma (Genevieve O’Reilly), Rebellion leader hopeful Luthen Rael (Stellan Skarsgård), ISB Supervisor Dedra Meero (Denise Gough), Syril Karn (Kyle Soller), Bix Caleen (Adria Arjona) and many, many more, Cassian transforms before our eyes thanks to Luna’s performance on screen. There are four main arcs in the show, focused in on different elements that help showcase Luna as an actor. Those elements also help Cassian move from a deadbeat to someone understanding the greater goals, and learning how to be a part of a team.

The ensemble cast in Andor is phenomenal. All around, there’s not a performance that misses on the end goal of their character. The show makes a goal for an Outstanding Casting Emmy, but also should make several aims for supporting and starring Emmys. Particularly for Skarsgård, O’Reilly, Luna, and Fiona Shaw, who plays Cassian’s adoptive mother Maarva Andor. With over 200 speaking roles in the show, most would struggle balancing everyone on screen, but Andor rarely struggles with it thanks to the guidance of showrunner Tony Gilroy and the directors for the season. Around thirty of those parts will carry over to season two, with presumably new additions coming.

Andor‘s scripts are nothing to scoff at. Each arc is written by an individual writer, and the quality of those writers shows deeply. Each one manages to tackle deep themes of fascism, sacrifice, and community all throughout their episodes while still allowing the show to succeed and thrive in the plot. Nothing’s held back, and again, with how far Andor goes around the galaxy, with how many characters there are, to weave a plot so succinct, is extraordinary. My one critique would be in the opening episodes where there is so much groundwork to lay that it can feel slow, but once you cross episode 3, there’s no turning back on how deep a connection you feel.

Fitting Andor into the Star Wars universe is probably one of the toughest questions most people have had with the show. There is not one single lightsaber (that we know of) in season one, and if you’ve only seen the films, there’s four characters in the show that you’ve seen, the majority being background focused. The easter eggs present are few and far between, but mostly related to more minute parts of the galaxy, between canon and legends storylines. There are also very few droids in play, and very few aliens. Gilroy tried to explain away the aliens portion, but that doesn’t mean we couldn’t have had a few more aliens on other planets. With those facts in mind, in some cases I can see why people struggle placing this show in the galaxy far far away.

The sets, costuming and world building accomplished in Andor far exceed what I thought they would. The first Star Wars show to not use the volume as part of production, Gilroy and his crew opted for filming on location, and the show looks beautiful for it. Gilroy also built such a fantastic community for Ferrix, developing it as a planet, and as a people with full customs, even covering the funeral rituals. The little people of Star Wars are captured brilliantly, and showcasing them coming together to fight the Empire was fantastic. Cinematography by Adriano Goldman, Frank Lamm, Damián García, and Jonathan Freeman is spectacular, they capture some of the most beautiful shots in Star Wars live action.

Overall Andor is a huge accomplishment for Lucasfilm. I’m one of those people who has critiqued their ability to pull meaningful stories out and actually get them finished. This raises the bar immensely for stories to come on Disney+ and in film, and it should. Led by Diego Luna and Gilroy, Andor works every angle to succeed as a political spy thriller, but also continue the great story of Star Wars. –Katie Rentschler

Andor season one is now streaming on Disney+. 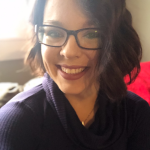 Clemson University 2019 Engineer. Lover of all things Star Wars and DC. For inquiries: rentschlerkathryn at gmail.com

‘The Star Wars’: George Lucas’ Original Vision And How Disney Could Still Bring It To Life

‘The Star Wars’: George Lucas’ Original Vision And How Disney Could Still Bring It To Life