After a long wait during an unwatchable College Football Championship game (Unless you’re a Georgia fan!) we finally get to see a brand new trailer for ‘Ant-Man and the Wasp: Quantumania’.

In the highly anticipated trailer, we get more footage and dialogue of a new variant of Kang, the big bad for Phase 5. With this variant seemingly more devious and menacing than He Who Remains at the end of ‘Loki’. We see Kang try to partner with Scott for some sort of mission within the Quantum Realm, in exchange for the time lost with his daughter, Cassie.

Clearly the agreement goes awry, as we see our titular hero get a nice beat down by Kang. We also delve more into the Quantum Realm of the MCU and get our first look at M.O.D.O.K! The highly anticipated and very important third installment of the Ant-Man trilogy starts off Phase 5 in a big and absolutely crazy way. 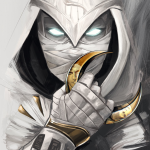 Tags: Ant-Man and the Wasp Quantumania

‘Grootfall’: A New Series Sees The Guardians Of The Galaxy Go To The Cosmic Wild West