With the first ever Marvel drone show daily performed in a Disney Park, the return of the iconic Disney Dreams! nighttime spectacular, an exclusive new show which brings guests on a journey alongside their favorite Pixar characters, and many other surprises, the Grand Finale of this incredible anniversary is a can’t-miss celebration at Disneyland Paris!

To mark the Grand Finale of Disneyland Paris’ 30th Anniversary, the resort has released information regarding new experiences arriving. From a brand new Marvel show, the already announced “Pixar: We Belong Together”, the return of Disney Dreams! and more!

As part of the resort’s ambitious transformation, Disneyland Paris has been celebrating its 30th Anniversary over the year. The resort has entered a new era of creativity and innovation, delivering a more immersive and unforgettable Guest experience than ever before.

Building on the incredible success of this celebration, Disneyland Paris has announced the outstanding new offerings. Guests will get to enjoy these as part of the Grand Finale of the 30th Anniversary, which can be enjoyed until September 30th.

In addition to the recent openings of Marvel Avengers Campus and the Disney Hotel New York – The Art of Marvel, guests will be offered another breathtaking Marvel experience: “Avengers: Power the Night”. This brand-new nighttime drone show will light up the sky nightly at Walt Disney Studios Park, beginning January 28th through May 8th, 2023.

This show is the very first nighttime drone show daily performed and dedicated to Marvel Super Heroes in a Disney Park. It will combine music, lights, pyrotechnics, projections and up to 500 drones that will form an awe-inspiring series of icons representing the powers of iconic SuperHeroes. Appearing heroes include Captain America, Captain Marvel, Scarlet Witch and for the first time at Disneyland Paris, Shang-Chi.

Countless Disneyland Paris Cast Members – including show directors, special effect designers, lighting and motion designers – have combined their expertise and creativity to develop this exclusive show. It also features a soundtrack comprised of some of the most iconic Marvel scores, specially reorchestrated with a symphony orchestra composed of more than 70 musicians at the famous Abbey Road Studios in London.

To continually push beyond the boundaries of innovation, the laser video projectors that are used for this show boast energy-efficient technology while delivering high-quality images.

For the Grand Finale of the 30th Anniversary, the incredible “Disney Dreams!” nighttime spectacular will make its big comeback. Giving a new generation of guests the opportunity to discover this iconic show. The show was last performed on March 24th 2017 before being replaced by Disney Illuminations.

WATCH IT: Highly Anticipated ‘Ant-Man and the Wasp: Quantumania’ Trailer Has Released

Pixar: We Belong Together

Revealed at D23Expo, a brand-new show called “Pixar: We Belong Together” will await Walt Disney Studios Park in Summer 2023. Guests will take part in a musical adventure at Studio Theater alongside their favorite Pixar pals and discover how music and friendship brings us together.  . The show combines state-of-the-art stage technology, lighting effects, choreography and iconic songs.

Through the creation of this original show, Disneyland Paris reiterates its desire to immerse guests into memorable Pixar stories. Giving them the opportunity to explore incredible paths alongside a wide variety of Disney Characters.

More information is expected to be announced about the new show soon, stay tuned to TheDisInsider for all updates!

After being closed for refurbishment, the popular attraction will finally reopen in Spring 2023 to enchant Disneyland Paris guests. For almost 60 years, this beloved attraction has featured hundreds of dolls wearing national costumes singing “it’s a small world” to celebrate global unity.  The refurbishment work contributed to reviving the highly colorful appearance of its outdoor façade and allowed for several technical upgrades.

New Products in Shops and Restaurants!

In addition to the 30th range, a brand-new collection dedicated to the Grand Finale will be made available in shops. This collection will include products featuring the colors of the “Dream… and Shine Brighter” show, including gender-neutral apparel and exclusive accessories.

On January 22nd, “Polka Dot Day”, fashion lovers will be able to discover a unique collection dedicated to Minnie Mouse. Designed by the resort’s creative merchandising studio, the stylish and modern “Minnie Paris” collection is inspired by the famous features of the fashionista’s outfit.

The collection will offer a unique take on Minnie’s iconic polka dots, and will be colored red, orange and pink. This collection will also feature different products reflecting Minnie’s fun and cheerful personality. Including clothing, uniquely Parisian fashion accessories, such as berets, and colorful dinnerware.

Food lovers will also be in for a treat during the resort’s 30th Anniversary Grand Finale. Royal Breakfasts with Disney Princesses will make a comeback at l’Auberge de Cendrillon in Fantasyland in the Spring. The restaurant menu will feature two different types of breakfast options. Including an entirely vegan option of a coconut and mango chia pudding, or scrambled tofu with turmeric and onions.

In traditional fashion for the resort, the end of the anniversary doesn’t necessarily mean the actual celebrations end… In addition to the new offerings, guests will still be able to enjoy all of their favorite 30th Anniversary offerings until September 30th, 2023, including:

The “Dream… and Shine Brighter!” daytime show, which features more than 30 performers and Disney Characters, colorful floats, two songs specially recorded for the occasion and a catchy mashup of Disney songs.

The “Disney D-Light” nighttime show, which offers an unforgettable experience. A magical combination of video projections, fountains, lighting effects, fog, and lasers around Sleeping Beauty Castle. Complete with the first-ever drone choreography in a Disney Park.

There is surely plenty to look forward to for the Grand Finale of Disneyland Paris’ 30th Anniversary. Will you be making a trip to the resort to celebrate? Has the return of Disney Dreams! convinced you? 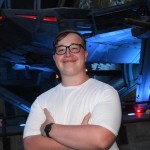 Rumor: Indiana Jones Attraction at The Disneyland Resort to Add Elements From ‘Dial of Destiny’