The Disney+ panel at D23 today has just announced Moon Knight and SHE-HULK joining the MCU phase four series along with Loki, Hawkeye, WandaVision, Ms. Marvel, and The Falcon and The Winter Soldier!

As of now there are no cast announcements or when they will premiere on the streaming platform, but here are the official logos:

Here is the full slate of the MCU Disney+ Series 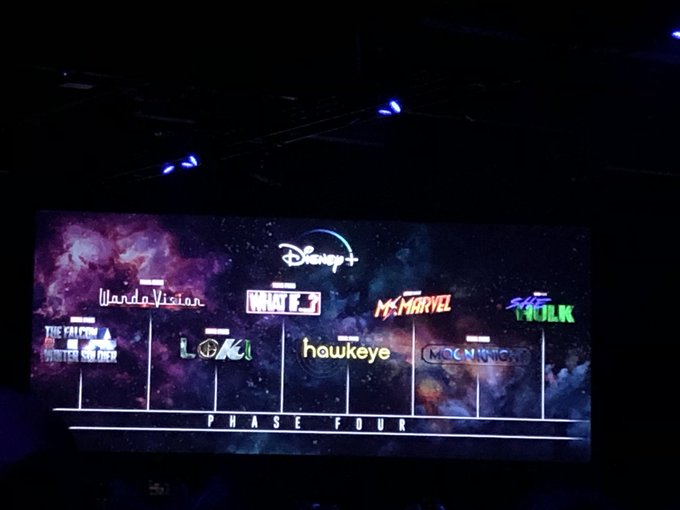 ‘Pinocchio’ Review: Got No Strings But Filled with Cringe

RUMOR: ‘Cruella 2’ Will Be A Musical, Taylor Swift Wanted For The Villain Role?

‘She-Hulk: Attorney at Law’ Episode Four Review: “Is This Not Real Magic?”

SEE IT: The New Cast Of ‘Dancing With The Stars’ Revealed