During this last weekend’s San Diego Comic-Con, Kevin Feige took to the stage and exceeded any expectations anyone had for what would and wouldn’t be revealed. Rampant speculation entailed from absolutely nothing of substance would be announced, to every rumored project would get confirmed. The end result was somewhere in between.

One long-gestured rumor that did not get even talked about was anything to do with Mutants and/or the X-Men. After the finale episode of Ms. Marvel revealed (SPOILER WARNING), that Kamala Khan was the MCU’s first mutant, fans were speculating at this year’s San Diego Comic-Con that we would get official confirmation of a Mutants/X-Men project. But if current reporting is accurate, we may be waiting even longer to see the X-Men show up in the MCU.

“Despite the introduction of mutants at the end of Ms. Marvel, there’s no mutants in Phase 5. I know why. I know why there’s no mutants. I know why this is going to take a while. There might be individual mutants, there might be other characters that show a certain interest. The reason why is the contractual situation with the original Fox stuff is going to be in effect until 2025. So, if they don’t want to use those actors, then they have to wait until that contract all expires.

The Illuminerdi also followed up with an article confirming what had been reported by Devin Faraci. Their insiders claim:

“After learning this we did some more digging and discovered the actors are not the only ones that have a standing contract tying them to the X-Men. According to our sources, Marvel is holding off on the X-Men because the producers of Fox’s X-Men films are still attached via contract. Disney likely wants to not only recast many of these iconic roles, but they also wants a clean break from the producers that helped shape Fox’s X-Men story as well.”

Now, none of this has been confirmed by the Walt Disney Company or Marvel Studios. During this years D23 Expo in September, Marvel Studios does have a presentation for their upcoming slate where it is believed Kevin Feige will reveal the 8 remaining projects in Phase 6 of the Multiverse Saga. If none of these projects end up being X-Men/Mutants, we will be waiting until 2026 at the earliest we could be seeing them pop up in the MCU.

Are yoou excited to see the X-Men/Mutants join the MCU? Leave a comment below and let us know!

And as always, keep checking back here at The DisInsider for your latest information in all things new from Disney! 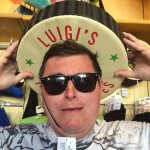 Are the X-Men Coming to the MCU Soon? Maybe Not.

Skyscrapers Added to the ‘City of Zootopia’ at Shanghai Disneyland