The Walt Disney World Resort announced the newest member of its animal family living at the resort: a healthy male okapi calf!

Baby Beni, born on July 17, 2022, is growing under the care of his mother Olivia and the Disney animal care team while living at Disney’s Animal Kingdom Lodge.

The most recent addition to the okapi clan since 2018, Beni is the fifth okapi born at the resort. The hoofed mammal is currently staying in a backstage enclosure. Resort director of Animal and Science Operations Scott Terrell revealed that Beni could soon join the many other animals roaming the savanna at Disney’s Animal Kingdom Lodge.

Beni’s debut aligns with World Okapi Day on October 18. These shy, striped creatures are endangered, and Beni’s arrival is a celebrated addition to the okapi population. Okapi are natively found in the Democratic Republic of Congo in central Africa.

Okapi are one of the many species found on the Kilimanjaro Safaris attraction at Disney’s Animal Kingdom. Animal Kingdom’s message of stewardship and conservation is brought to life  through adorable additions to the kingdom. Baby rhinos, giraffes, and hippos were born on site in the past couple of years. When visiting the park, you can donate to the Disney Conservation Fund to ensure the thriving future of wildlife around the globe.  Plus you receive a button for supporting your favorite safari animals.

Keep an eye out for Beni on your next trip to the lodge! And who knows? He may even become a safari superstar in the future. 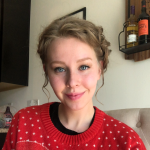 ‘The Princess Diaries 3’ in The Works at Disney