It’s been a year since Disneyland Resort fans have been able to enjoy any of the Anaheim theme parks. However, on Thursday, March 18, Disney’s California Adventure (DCA) reopened for “A Touch of Disney“, a limited-time food and merch event.

The atmosphere in the air was one of relief instead of ecstatic frenzy. After all, the rides were not in operation and there weren’t any up-close character experiences. Nonetheless, guests were happy enough to walk around, buy some Mickey Mouse merch, and generally achieve a sense of normalcy while experiencing what Disney operations look like (and may continue to be) during this phase of the pandemic.

“A Touch Of Disney” tickets sold for $75 apiece and included the price of parking, a $25 dining card for food and non-alcoholic beverages, and unlimited digital downloads of Disney PhotoPass photos. These digital amenities are not just part of the event’s value. They’re part of the company’s safety and sanitation strategies that seek to reduce physical interactions between guests and cast members.

Parking in the garage was staggered and distanced. The tram area is now a temperature check station that leads directly into the bag check and metal detector area. The tram’s usual route is the walkway path to the park entrances. (Be warned; it’s a 10-minute walk without a lot of covered areas, so plan accordingly.) The route will funnel you into a socially-distanced line that weaves in, out, and around the ticketing booths and finally into DCA’s turnstile lines.

A Taste Of Disney

The food was terrific. Carthay Circle is open for al fresco dining. The servings are lunch-sized; small enough that it won’t ruin your appetite for the rest of the day but certainly big enough that you can order a couple of dishes to share with a group.

The popup ‘Touch of Disney’ food booths offer some Disneyland favorites such as Mickey-shaped waffles, Dole whips, and Trader Sam’s chicken wings. (The author’s personal favorite was the chicken gumbo.)

Nonetheless, the most significant change to food offerings is the online ordering system. The new online ordering system is another method to minimize in-person interactions at most food locations. Guests are still able to order in-person at specific food booths. The event even provides a dedicated cashier station for folks who wished to order at all locations in advance and pay with physical cards or cash.

Some may find this change daunting or even disconcerting if they enjoy the Disney touch of person-to-person contact. However, one can see the value in operations and practices that will calm the nerves of folks who are nervous about heading back to the parks for a host of reasons.

You Can (Kinda) See Avengers Campus

Attendees of “A Touch of Disney” will be delighted to know that you can catch sneak peeks here and there of Avengers Campus, the new-Marvel-themed land.

Rising above the ‘D-Lish’ food booth is a building that bears a Stark Motors logo.

From Cars Land, you can also see the new Spider-Man ride and a not-at-all subtle Avengers logo on the side of a building with a quinjet parked on the top of it.

CEO Bob Chapek announced at the 2021 Shareholders Meeting that Avengers Campus will open sometime this, but there’s no word yet on an exact opening date. 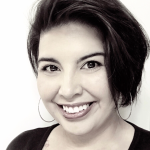 Guardians of the Galaxy: Cosmic Rewind Finally Opens at EPCOT

‘Obi-Wan Kenobi’ is The Biggest Disney+ Worldwide Premiere to Date